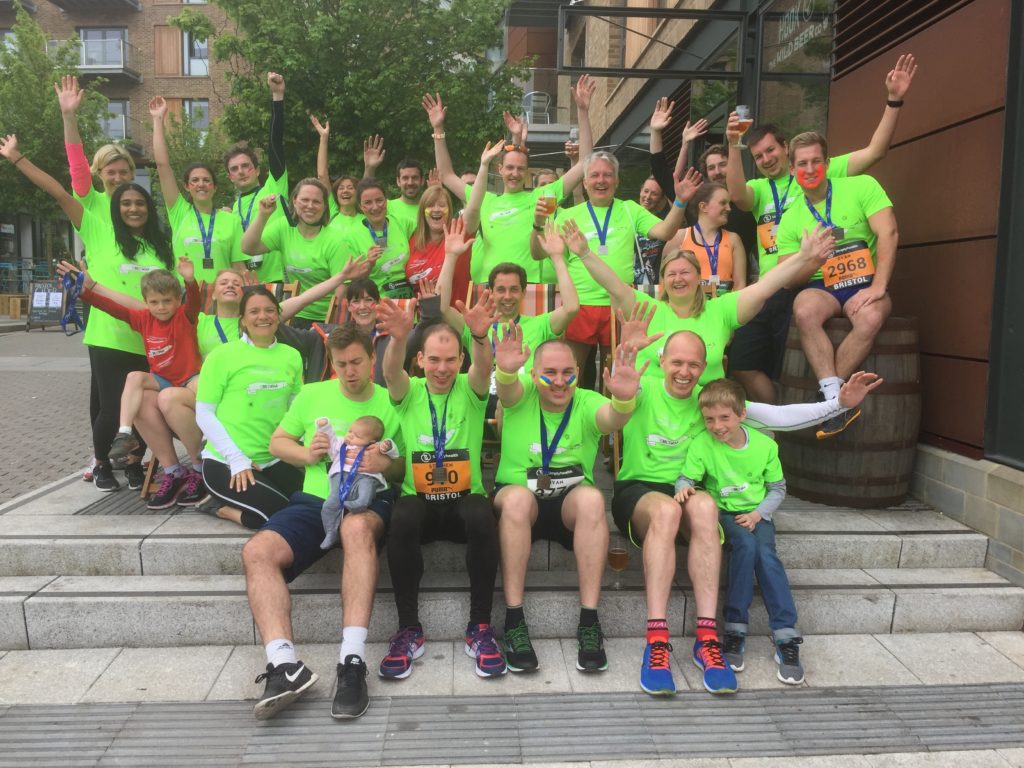 The Great Bristol 10K didn’t begin at the start line by the Harbourside for the ForrestBrown team.

No, for us it began weeks ago. Ryan, our partnership manager, rallying people to enter (not too difficult a job with many of our staff, and even suppliers, eager to get involved). Sara, and her marketing team, carefully coordinating beautifully branded running gear and bright face paint to make us stand out. Office manager Kerry organising Workout Wednesdays to help with training. And friends getting together themselves for practise runs.

So as we all gathered on a warm but overcast Sunday, it felt like the coming together of a fun project. A group effort.

13,000 runners navigated the attractive course through the Cumberland Basin, under the iconic Clifton Suspension Bridge and around the City Centre. Each running it for their own reason and to their own ability.

The 20-strong ForrestBrown team ran an average time of 55 minutes, 28 seconds which we were all very proud of. Let’s look at some of the performances the team put in, starting with the fastest boy and the fastest girl. 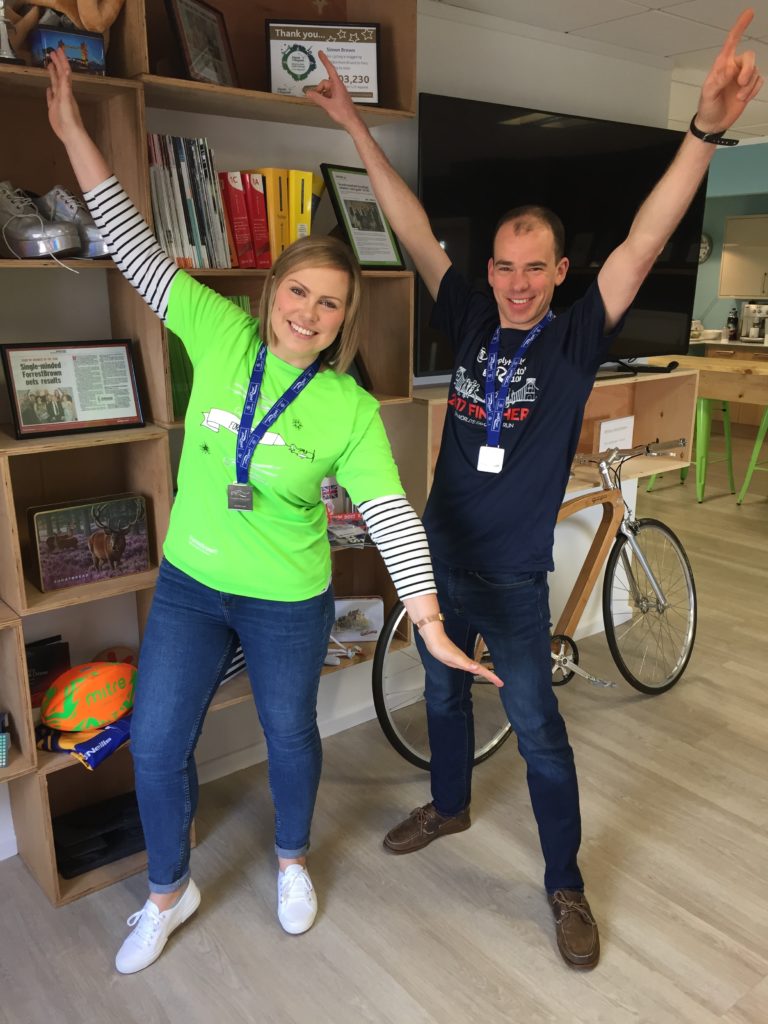 I was one of the last people to sign up. In the end, there was so much buzz developing in the office, that I felt I would be missing out on something big if I didn’t get involved. I’ve done 10K’s before, and even the Bristol 10K. I thought, if I am going to do this I want to get a PB. I didn’t quite manage that, but I did do my fastest Bristol 10K and was the fastest ForrestBrown girl on the day. So, I’ll settle for that.

It was so much fun running in a large group. We all caught up at the end and found out how everyone had done. I had also booked my husband to run. It turned out to be a really nice way for him to meet everybody at the company. Even on his first impression, he could see what a friendly bunch we all are. 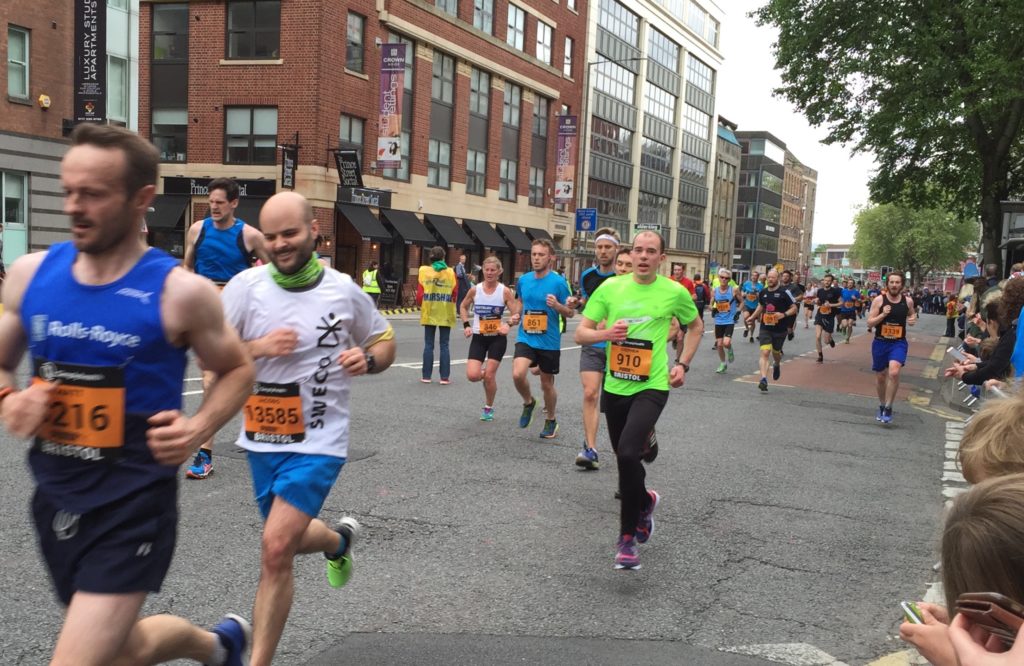 Last year I ruptured my Achilles tendon, and running is very good for rehabilitation. I signed up to force myself to do some structured training runs. Plus, I love exercise and it was obvious it would be fun with so many people I knew taking part.

On the day, I took it pretty seriously and was hurting at times. I was aiming for 43 mins and managed to beat that – just – so I was over the moon when I made it over the finish line. I had a sports watch with which I could measure my kilometre split times. So, it was a nice mix of technology and grit to get over the line. 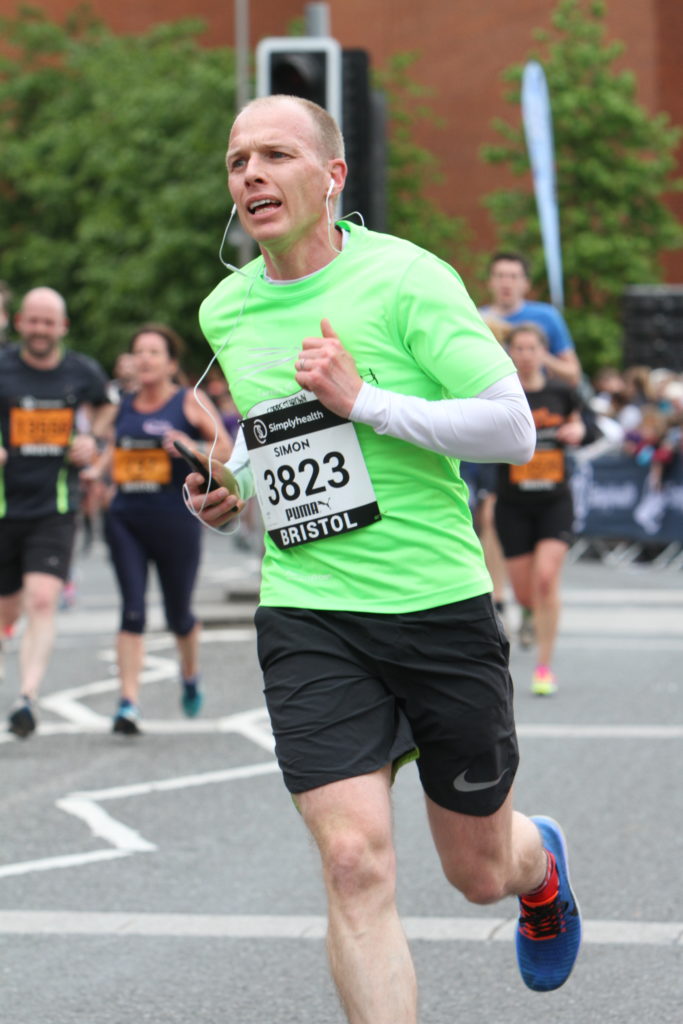 I was incredibly proud of the whole team. For what they did on the day, sure. But more so for the fact they instigated this whole event themselves. I’m pleased, but not surprised, that they have the passion and drive to pick something like this and make a real success of it. It is also the first opportunity we have had to showcase our new careers brand. The fun that everyone had, and the individual stories from the day, get across what a great place ForrestBrown is to work at.

It was nice that it spread beyond ForrestBrown too, with people getting friends and family members involved. Kath, my wife, ran it and my kids loved the T-shirts they wore while supporting. My youngest refuses to take his off! 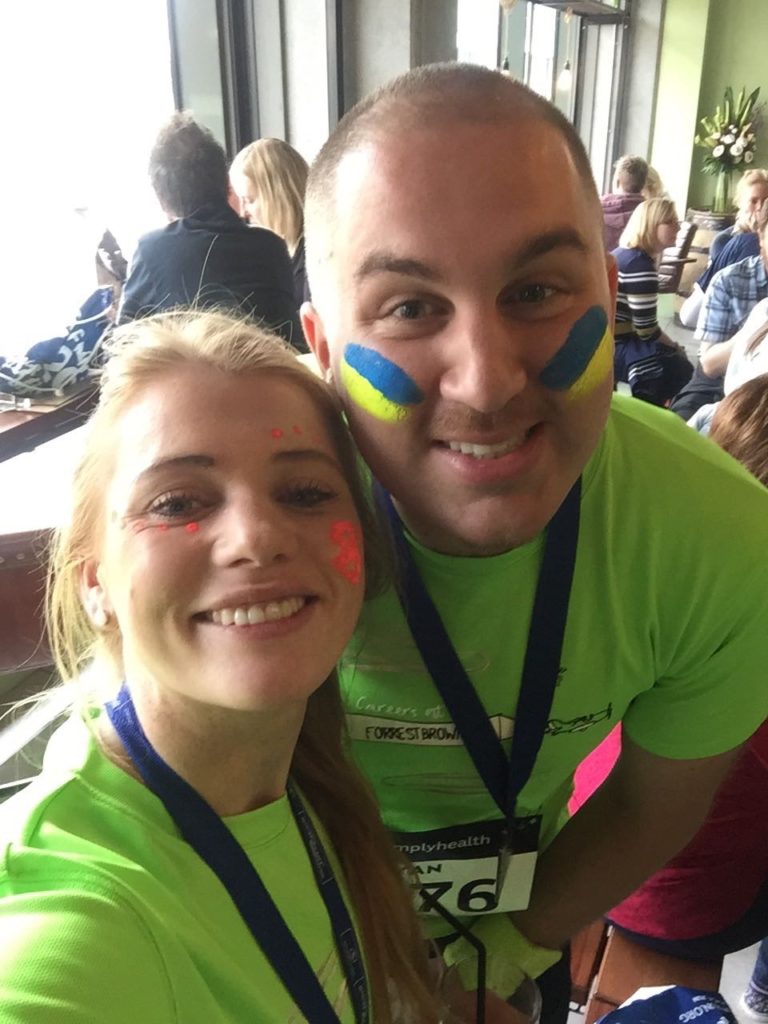 I was persuaded to run the Bristol 10K for the first time two years ago. I really got into the training and was geed up for it. And then disaster struck. My knee popped when I was bending down to pick up my niece. I still ran it – with heavy strapping – but the injury took the shine off the day.

So I was keen to run it again. Knowing the gang at ForrestBrown are fairly active, I decided to float it as a social activity that we could all get involved in. That is one of the things I love about ForrestBrown. It has such a flat hierarchy that every voice can be heard. You feel like your ideas and opinions really count. Before I knew it, this project was my baby and I was signing people up to take part.

I’ll be honest with you, I wasn’t the fastest on the day. But I wasn’t trying to be. I had a fantastic day and spent more time looking sideways than forwards. I saw friends, old colleagues and some banners in the crowd that made me laugh out loud: “Run like you stepped on Lego”. 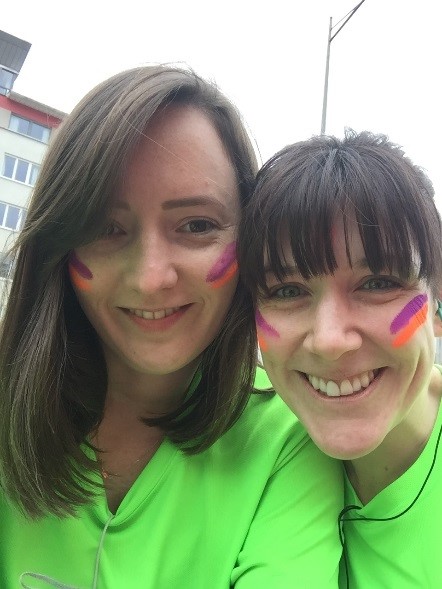 I wasn’t interested in running for speed. I just wanted to get around the course and have fun. I already exercise regularly with Jenny, so it was easy to skew our gym sessions towards running, which made our preparations simple.

The run itself gives you a strong sense of what a friendly place Bristol is. The crowd were amazing. They cheered everyone, and some had huge loud speakers on their doorstep pumping out music. All that energy was really motivating and helped us all get around the course.

This was a good work-social for me to get involved in. I have run a few 10K’s before so it was something I knew I could do and felt comfortable with. I go to the gym with Sara and we decided together to do it, swapping our gym sessions for running.

On the day, it was really fun running in a group. The matching t-shirts and face paint were not something you can do individually. They added to our sense of team spirit and I constantly found myself scanning the runners and crowd for neon green people to high-five. Much as in our work, we all ended up motivating each other. I know personally that I ended up pushing harder for having my ForrestBrown mates around me. In the end, I was miffed not to get fastest girl (well done Jen). But there is always next year.

The ForrestBrown runners had a fantastic support team on the day. Each had their own unique perspective.

You can call me the head cheerleader. And I was also part babysitter as I was looking after Simon’s two boys while he and his wife ran. Armed with pom-poms we went to the start line to see them off. We got some lovely snaps of the runners there and then walked up the street to the finish line. We cheered them on as they came in one by one, with Steve leading the way.

I saw the runners off with Kerry at the start line. My daughter and her boyfriend were running as part of the team, so were kitted out in the ForrestBrown colours. It was nice for them to be involved.

I have marshalled the event before so know a few of the best places to stand. I made my way to Prince Street and took loads of pictures when I wasn’t waving the pom-poms. So many of the general runners were wearing bright coloured t-shirts. That meant it was the face paint that helped us identify the ForrestBrown guys from a distance.

They all came passed in their own styles: some very relaxed, some in the zone. Afterwards, we met everyone back at Millennium Square and went for a pint in the sunshine at Wapping Wharf.

The message on our t-shirts shouted it loud and clear: “We’re recruiting”. And the fun and camaraderie that we all had on the day perfectly sums up what ForrestBrown is all about. We share purpose and feel proud. We find that when these two sentiments come together, great things happen. Be it the fun we had doing the Great Bristol 10K or the great work we do for our clients, week in, week out.