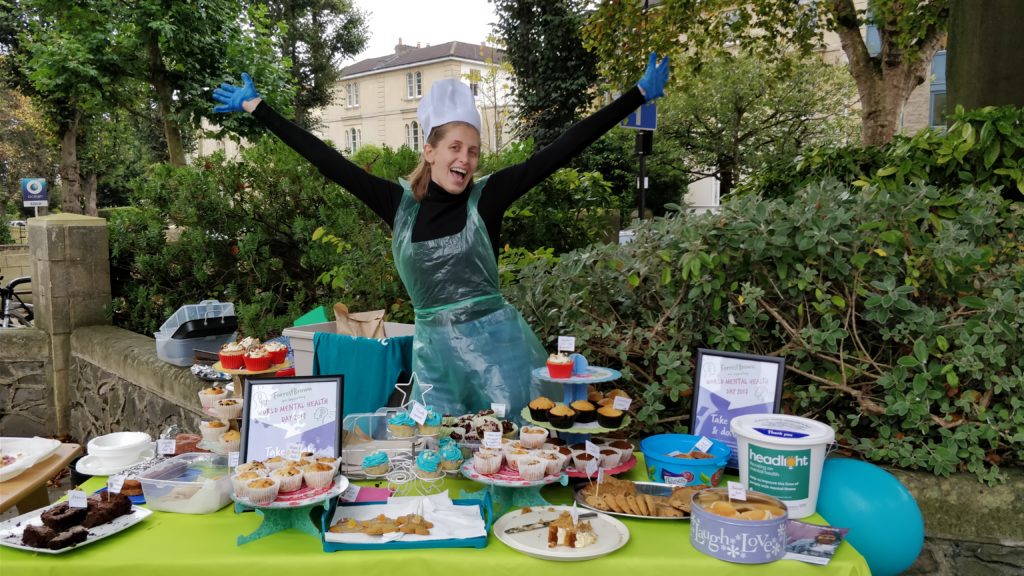 In 2017, this was particularly poignant for the ForrestBrown team. Earlier in the year one of our colleagues, John McGhee, lost his 23-year-old son Max. He had been struggling with an autism spectrum disorder and psychosis. 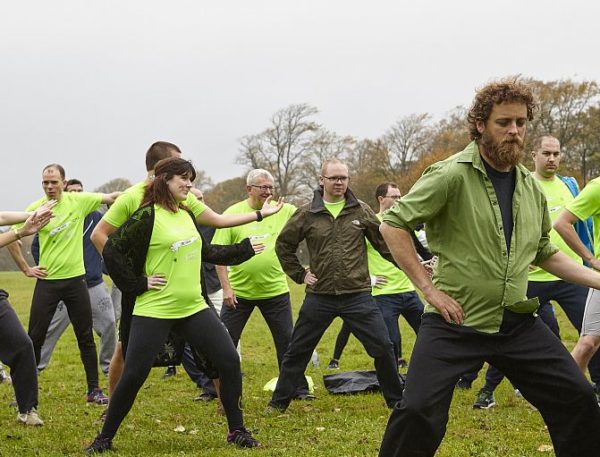 What did you decide to do to make a difference to people suffering with mental health issues?

Having put on our thinking caps we came up with a series of activities that would raise money, promote positive mental health and engage with the wider community.

Headlight mental health charity had supported Max McGhee during his life, and a Headlight memorial fund had been set up in his name. Every single member of staff agreed this was the right cause for us to support, to show our support to John and his family.

Our target was to raise approximately £7,500. This would go a long way towards paying for a new sensory calm down room at Elizabeth Casson House, Callington Road Hospital in Bristol. It would provide this intensive psychiatric care unit with a new option for managing vulnerable patients.

There were two parts to our activities and fundraising, both chronicled by photographers.

This year, the theme of World Mental Health Day was mental health in the workplace.

So the first stage of our activities were slanted towards this. On World Mental Health Day itself, we would take part in Tai Chi on the Downs, run an on-street charity bake sale over lunch and listen to a talk on mindfulness in the afternoon.

That sounds like there would need to be a fair bit of planning involved?

There was. We have a great sense of togetherness and team spirit here, and lots of the team got involved.

The activities on World Mental Health Day were organised by individual staff members.

PA Michelle Lang arranged the Tai Chi. She did a great job – apart from getting the weather wrong! It drizzled but that didn’t put us off. We had great fun up on Clifton Down and were back at our desks by 10:15 feeling refreshed and invigorated.

Ryan Davy, our partnership manager, took responsibility for organising the bake sale. It was a roaring success (despite more rain!) raising more than £350. Nearly all the team baked something, whether sweet or savoury, with the remaining few buying something tasty to add to the sale. With Ryan overseeing operations, team members took it in turns to do half-hour shifts.

Senior tax manager John McGhee organised the third part of the day – an expert talk on mindfulness. Split into two sessions the team were informed about the Alexander Technique, a way of considering things like good posture to promote mindfulness and well-being. 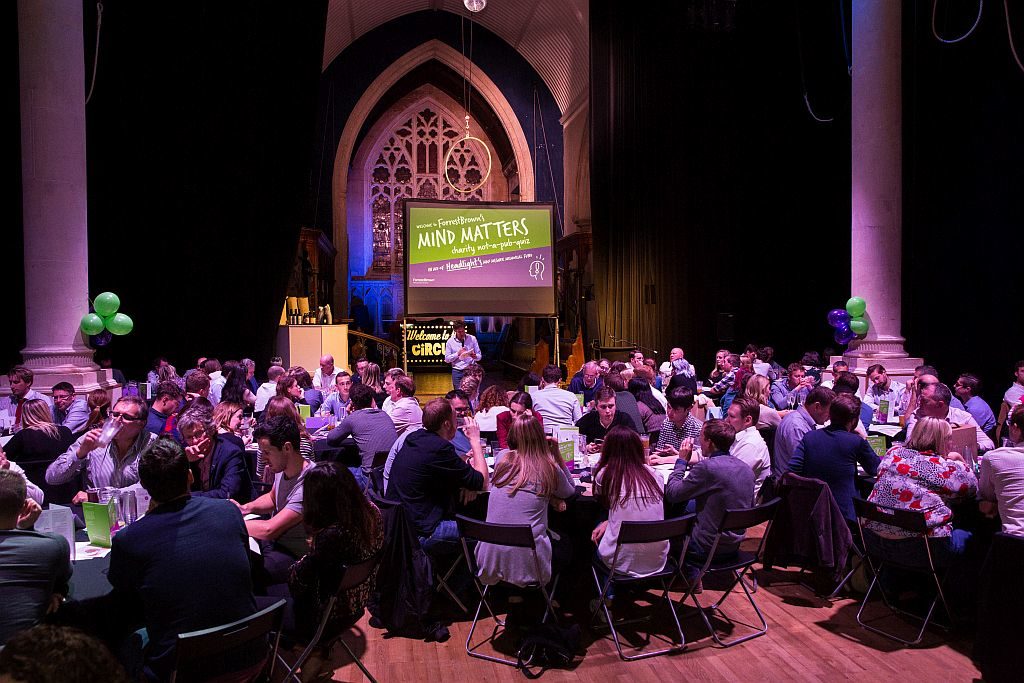 And what about the not-a-pub quiz?

Ah yes, that was the biggie. We needed a team of organisers for that one. I was a member, along with head of marketing Sara, digital marketing executive Anna, senior tax manager John and director Alex. With a guest list more than 150 names long, I’ll be honest with you: I was quite worried about all the things that could go pear-shaped.

But Alex was brilliant. He just said, “Let’s make a list of everything that could go wrong, and come up with a solution for each.”

So, if our pie servers didn’t show up, we were ready to make a very large Domino’s pizza order. If the taps at the bar failed, we had a couple of barrels of beer on stand-by. And if something went disastrously wrong with the venue, we were going to descend on the largest pub we could find. 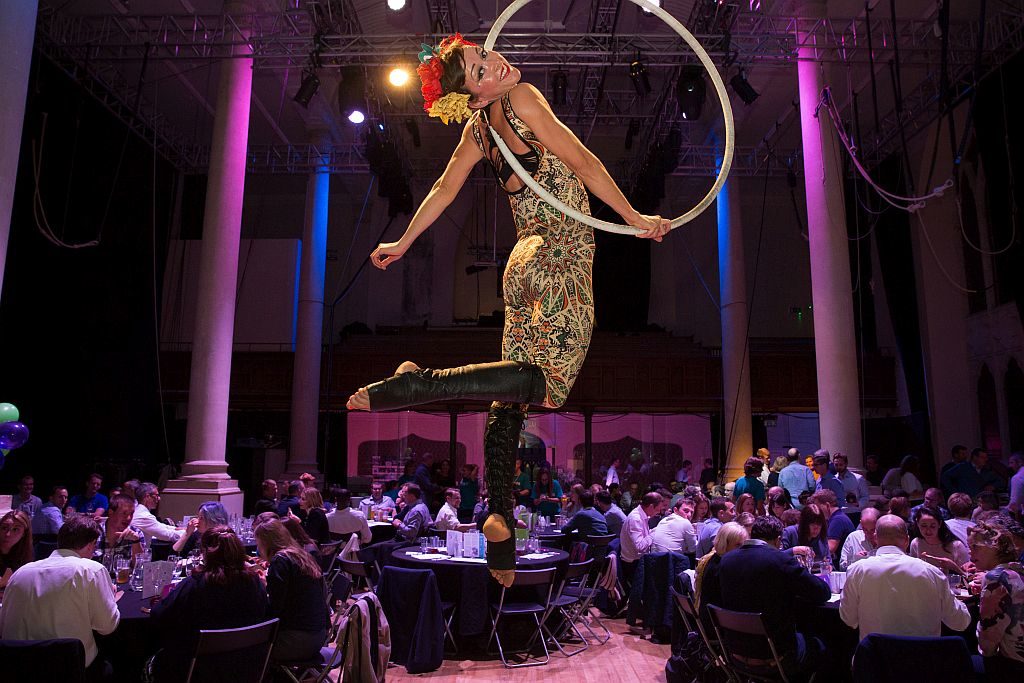 And was any of that necessary? How did it go on the night?

Fortunately no. It was a fantastic night at Circomedia (a contemporary circus space), and everything went perfectly [Kerry winks]. Or at least we didn’t need to fall back on any of our contingency plans. I volunteered to be a server on the night too, along with nine other ForrestBrowners plus we had 26 more staff spread across the 26 teams.

As a server, I had a different perspective to most people who were there. It was nice to look around the room and see everyone enjoying themselves. A special mention must go to Matt Bambery, who was our quiz master. He devised a challenging and well-balanced quiz and then ran it impeccably. All the while, my fellow servers and I were kept busy offering table service and selling raffle tickets.

Local pie gurus Pieminister, served the food at half-time and there was additional entertainment in the form of a stunning aerial display.

After the denouement of the quiz which saw a team from Gregg Latchams’ run away with it, it was time for our charity raffle. A fantastic array of prizes had been donated by local businesses. I was amazed by their generosity and tickets sold like hot cakes to guests hoping to get lucky and win something fabulous. I was rooting for a leather satchel myself, but no such luck. 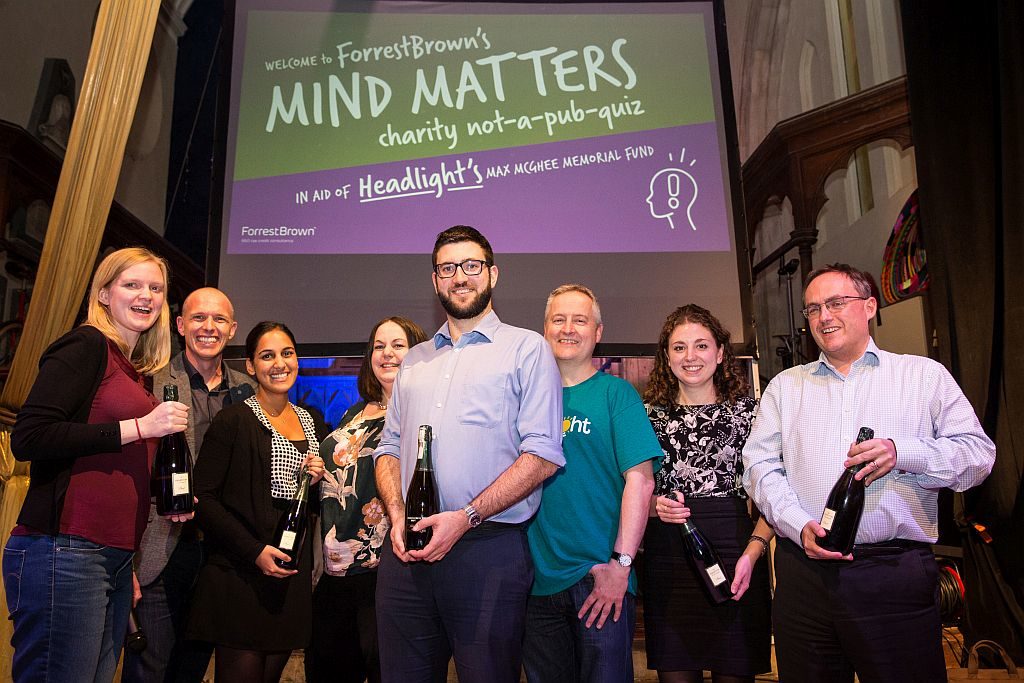 And was any of that necessary? How did it go on the night?

From the cake sale, the quiz tables and the raffle prizes we raised more than £7,000 which we were delighted with. Via the Max McGhee memorial fund, we have made that new sensory calm down room a reality. It’s great to have such a tangible result to the ForrestBrown fund raising efforts.

The Max McGhee memorial fund is still open. If you would like to make a donation to it, please visit our Just Giving page.